Big data - What a joke (generator that is)!

There are several "respected" applications of big data out there, such as, predictive analytics, recommendation engines, translations etc. The one application that I will like to present to my reader is the use of big data for generating jokes. No bull! 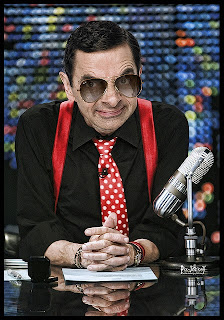 Following is how the two authors (from University of Edinburgh, UK) of  Unsupervised joke generation from big data describe the problem -

"Humor generation is a very hard problem. It is difficult to say exactly what makes a joke funny, and solving this problem algorithmically is assumed to require deep semantic understanding, as well as cultural and other contextual cues. We depart from previous work that tries to model this knowledge using ad-hoc manually created databases and labeled training examples. Instead we present a model that uses large amounts of unannotated data to generate
I like my X like I like my Y, Z jokes,
where X, Y, and Z are variables to be filled in. This is, to the best of our knowledge, the first fully unsupervised humor generation system. Our model significantly outperforms a competitive baseline and generates funny jokes 16% of the time, compared to 33% for human-generated jokes."

I am not going to go into the fine reasoning and research that the two authors had to develop to create this novel application for big data but I will present the fruits of their labor -
Depending on your taste, the jokes are anything from lame to funny. I am just not too sure if the UK taxpayers are thrilled that their taxes are funding joke generation apps at an institution as fine as University of Edinburgh.

photo credit: The PIX-JOCKEY (no comments, no groups!) via photopin cc
Posted by Shankar at 6:57 PM